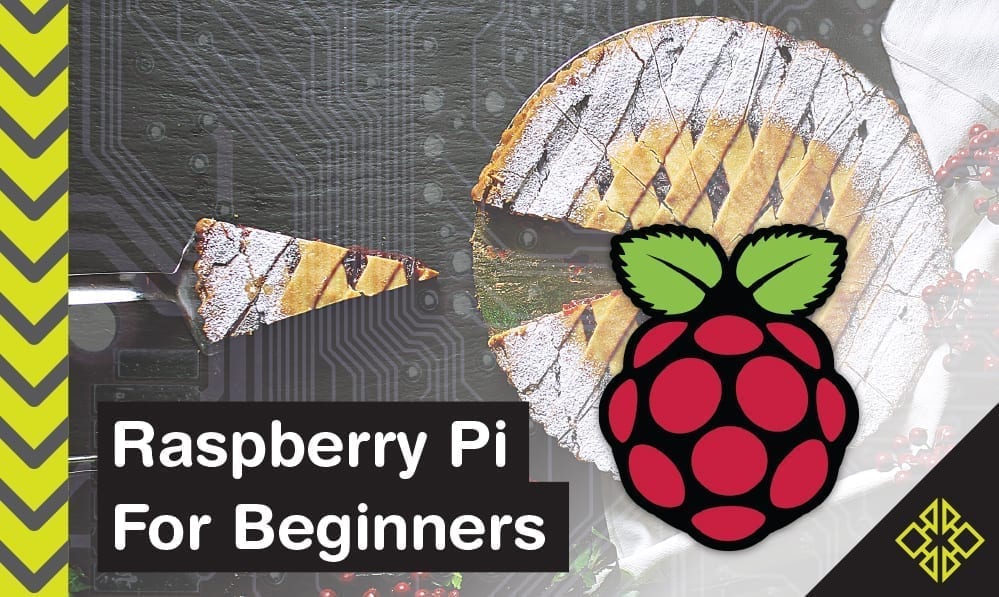 Whether you’ve bought a Raspberry Pi for your child or for yourself, this tiny thirty-five-dollar computer brings an abundance of learning opportunities.

In this post, we’re going to approach the Raspberry Pi from a beginner-level standpoint and introduce a few fun and simple projects you can try.

1. Use Sonic Pi to Put On a “Coding Concert”

It may not be the next Handel’s Messiah, but it will be a one-of-a-kind work of auditory art.

Sonic Pi is a music composition program. It comes pre-installed on the Raspbian Jessie operating system. If you’re using a different OS, you can download Sonic Pi for free from Sonic-Pi.net.

The Sonic Pi coding interface was designed by Sam Aaron, a research associate at the Cambridge Computer Laboratory.

The interface is designed to retain the attention of children as well as coding newbies. Modifications to code can be made while the program is running, creating instant feedback and a highly engaging learning experience.

To give you a clearer idea of how it works, check out this video of Sam Aaron’s unique “live coding” DJ performance:

As a kid-friendly intro to programming with your Raspberry Pi, Sonic Pi offers instant fun and highly constructive learning opportunities for children (and adults).

2. Build a Photo Booth in Minecraft That Takes Real Pictures

The project allows the Raspberry Pi user to interact with certain programming elements of both video games and cameras.

You’ll need to get the “Pi” edition of Minecraft, which includes an API (application programming interface). You will be able to interact with this interface using a code editor called Python 3 IDLE (comes with the Python Operating System).

You will need a Raspberry Pi camera module ($30) as well as access to PiCamera, which allows you to program your new camera module using the Python code editor.

Once your photo booth is built in Minecraft, you can program it to activate your Raspberry Pi camera whenever your Minecraft player enters the “photobooth” you created in the game.

Just like a real photo booth, you can program your Minecraft photo booth to take a series of photos at fixed intervals of time. Using your code, you will determine the length of intervals and how many photos are taken at each sitting.

Raspberry Pi veterans can probably figure out how to do this project without much help. Since we're looking at projects for beginners, you’ll probably want to use this step-by-step walkthrough at RaspberryPi.org.

3. Use Scratch to Create a Game or Story … from Scratch

Scratch is a simplified, beginner-level programming utility that can be used to create simple but fun and customized games, interactive artwork, story sketches, and other media.

Scratch uses a highly intuitive point-click-and-drag interface that allows for the easy visualization and sequencing of programming code.

As you can see in the picture below, the code lines in Scratch fit together like pieces of a puzzle. Each color indicates a different type of script. Event scripts are brown, motion scripts are blue, etc. 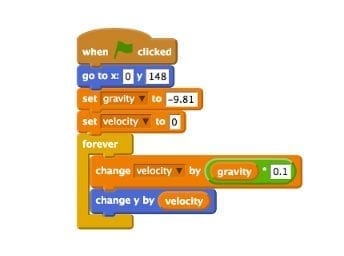 This Scratch code is used to make a basic gravity simulator. For step-by-step instructions, take a look at this walkthrough.

4. Create an Intelligent, Egg-Coloring Robot, Just in Time for Easter!

One of the major advantages of Raspberry Pi’s small size is that it’s easily embedded into or mounted onto other hardware.

In this way Raspberry Pi can be used to create arcade game tables, home alarm systems, and robots of all varieties.

One particularly kid-friendly combination is the Raspberry Pi coupled with the Original EggBot Kit from Evil Mad Science Laboratories.

The EggBot uses a small, pencil-holding robotic arm and a rotator to decorate eggs with beautiful colors and patterns. Typically, the EggBot operates like a printer, and commands are given via a simple, downloadable MAC or PC interface.

By following a few simple steps, however, you can give your EggBot its own devoted computer by attaching it to a Raspberry Pi.

From there you can plug your smart new Egg Bot/Raspberry Pi hybrid into any available monitor, keyboard, and mouse trio.

The final step is to download and install the EggBot software, and color away the day.

If you’re looking for an idea that will really get your child or students excited about using Raspberry Pi, then this feat of techno-magic should do the trick.

Using a brilliant little invention called Makey Makey, you can program a soundboard that activates at the push of a … marshmallow.

True. You’ll need to use Scratch (free) to program the soundboard and then you’ll attach your Makey Makey invention kit to your Raspberry Pi.

Next, brace yourself for pure marhsmellowy awesomeness.

This unique Raspberry Pi project is the brainchild of “Geek Gurl” Carrie Anne Philbin. In the video below Miss Philbin provides a list of all required materials (not that much) as well as a step-by-step walkthrough for the project.

6. Build Your Own Portable Game Console

All you need is a controller, a game emulator, and a program called RetroPie.

For some time, however, these DIY consoles were restricted in their mobility. In order to function, the Raspberry Pi had to be plugged into a power source.

A product called the PiJuice was launched recently via a successful Kickstarter campaign and a promise to take Raspberry Pi gaming to the mobile dimension.

With the help of the PiJuice battery, turning your Raspberry Pi into a portable gaming console is now a real possibility.

It’s a modestly ambitious project for a beginner. It's also a good jumping off point if you’re anxious to plunge head first into the Raspberry Pi universe.

A list of required hardware and step-by-step instructions can be found here.

If you’d like to start with something that’s both exceptionally simple and educational, use your Raspberry Pi to set up a basic cloud storage site.

To create your cloud server, you’ll need a microSD card to support your storage.

“Raspian” or other Raspberry Pi operating systems are preloaded onto these cards, ready to install.

To create your cloud storage site, you’ll need to connect your Raspberry PI to a network using an Ethernet cable.

Once live, you can access your cloud storage (on your microSD card) from a separate Linux system using an SSH command.

Use an open source server monitoring tool like Nagios to ensure that only authorized parties have access to your storage center.

Setting up and monitoring a Raspberry Pi cloud storage site may not be as exciting as building egg-coloring robots or marshmallow soundboards, but it does provide a great opportunity for teaching your children or students about data security.

Good luck with everything learning and exploring with your Pi...

Bryan is a the Senior Finance Contributor for ClydeBank Media. He specializes in the worlds of tech and finance, having both authored and collaborated with industry veterans on a variety of titles. Listen for his voice when searching for investment strategy and financial wellness tips. Bryan’s newest investing course is available now on the ClydeBank Media Campus.